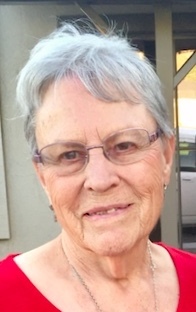 Today’s blog is the hardest one I’ve ever had to write.

I’ve started it about 10 times.

The thing is, my mom died.

At 82 years old, she just didn’t feel well, had a weak pulse, went to the ER, and died.

Doug and I were vacationing with friends at the Outer Banks in North Carolina.

My mom and several other family members were in southern Utah to help my sister, Sallie, move to a new home for a new job.

At the end of the day, I called to see how the day went.

Sallie said, “Well, we’re actually in the ER with mom and the doctors said things are going south fast.”

“What is even wrong?”

She said they didn’t have a diagnosis, but eight doctors were in her hospital room trying to figure it out.

I quickly made plans to get back to Utah as soon as possible.

This involved getting off Hatteras Island, a remote strip of land in the middle of the ocean, and to an airport where there are no direct flights to Utah.

I got to the hospital the next day — in time for a doctor to ask me for a copy of her living will and for me to tell her goodbye.

She was calm, serene and fearless as she told me she was 100 percent ready to go.

No regrets. No unfinished business. No questions about anything other than, “Are you okay with this?”

My head nodded yes while every emotion in me vigorously shouted, “No!”

That was on a Monday afternoon.

On the following Thursday, she took her last breath.

I was surprised at the word that came out of my mouth after she died.

“Congratulations,” I whispered as I kissed her cheek for the last time.

And that’s really how I felt — like she’d given life everything — left it all on the field to use sports vernacular.

There was nothing morbid or morose about it.

In fact, the few days with her in the hospital were sweet, tender, and sacred. We talked about how lucky we were to have her as a mom.

She was the mom of all moms — loving, smart, tough, fun, hilarious, just the whole package. We couldn’t ask for more. She was everything.

As we shared stories about her life — her sayings and crazy antics — sometimes we couldn’t stop laughing.

Oh, there were tears — plenty of them because we wondered how we will live without her, but there also was so much joy because we knew she was ready.

She knew where she was going and she was looking forward to it.

She couldn’t wait to see her husband again and the son she lost when he was an infant.

She was tired of the world and she didn’t like that her body wasn’t cooperating with her anymore.

And don’t even get her started on Donald Trump.

The doctors probably still regret that while testing her mental acuity, they asked her if she knew who was President of the United States.

For months, she warned us that she thought she would die soon. We just didn’t believe her.

She told my brother he needed to go into her basement and find her funeral insurance policy.

She told her friend at the church library to get her own library key because she didn’t think she’d be back the next week.

She told her walking partner she didn’t think she’d live after my sister moved.

I think she really saw it coming. We just didn’t want to believe her.

On the day she died, I posted a picture of her on Facebook and said, “It was the honor of my life to be her daughter.” 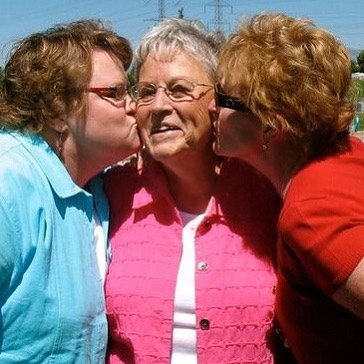 And, it truly was.

I hope every heavenly reunion is even sweeter than you imagined.

5 thoughts on “Goodbye to the Mom of All Moms”