A few months ago, I attended a Jewish Holocaust Observance at the Jewish Community Center of Northern Virginia.

I listened to Leo Bretholz, a 92-year-old Holocaust survivor from Baltimore, tell about how he escaped by jumping out of the window of a train heading for Auschwitz.

He is a group of 100 survivors who visit Maryland’s public schools every year.

“I look at the students and wonder if they believe me. It is so inconceivable…but, I cannot forget what happened.”

He gives about 40 talks every year about the Holocaust.

Not only does he want the world to remember the Holocaust, he needs to remind himself “that evil didn’t win.”

Twenty members of his family were killed, including his mom and sisters.

When he was a little boy, his world changed overnight.

When he approached his best friend at school to say hello, his friend spat in his face because suddenly he hated Jews.

When he told his mom about what had happened at school, she said, “Wash your face and forget about it. He didn’t kill you.”

After all these years, there is still disbelief in his voice and sorrow in his eyes.

He goes to the Holocaust Museum and looks at the display of shoes of Holocaust victims and wonders if any of them belonged to his mother or his sisters.

Just before her death, she shared the Jewish heritage she had kept secret all of her life.

She was so afraid of discrimination that she never told anybody — not even her children — about her life as a Jew in Tunisia, North Africa.

As the generation of Holocaust survivors dwindle, there was a kind of urgent yearning and sad plea hanging in the room of survivors and families of survivors, begging the world not to forget.

After the program, I visited with some of the survivors and their families.

I thanked a beautiful, graying woman for her tender remarks and she looked into my eyes with a sorrow that made me want to cry and said, “I’m just so worried that after I die and the others of my generation die, people will forget. We can never forget! Promise me, you won’t forget.”

As much as we would like to wipe our minds of such horrors, we shouldn’t.

Remembering keeps the fight against discrimination alive. It keeps freedom at the forefront.

Last week I attended an Inter-religious Prayer Gathering for Religious Freedom at the Saint Thomas More Cathedral in Arlington. 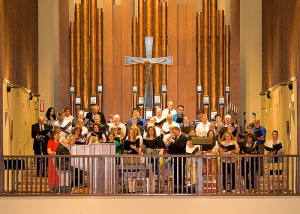 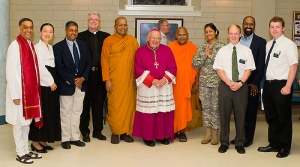 I savored the spirit of unity that was there as Catholics, Buddhists, Mormons, Anglicans, Lutherans, Hindus and Muslims prayed and sang “America the Beautiful” together.

Together, we offered thanks for the gift of freedom and prayed for an end to persecution and discrimination on the basis of religion throughout the world.

I couldn’t help but remember Leo Bretholz, the Holocaust survivor, the beautiful graying woman, and others that asked us to never forget.

To Leo and the others, I remember!

I hope this reminder will spur others on to remember too.

All our freedoms come at a cost.

And, that is something we can never forget.

2 thoughts on “Remembering What You’d Rather Forget”