What is the difference between a violent murderer on death row and me, or any other law-abiding citizen for that matter?

Some of the characteristics most murderers have in common include dysfunctional families, absent dads, being loners with few social connections, and suffering from childhood abuse.

While those traits tug at my sympathies, they never excuse or fully explain brutal crimes that take innocent lives.  But a recent glimpse into the mind and soul of a notorious killer in Utah makes me wonder if just a few acts of simple kindness might have sent him on a different path that would have led to something better than a life in prison and a death by firing squad.

Doug Robinson, a reporter at the Deseret News, wrote an excellent, thought-provoking story about a LDS Bishop who became a counselor and friend to Ronnie Lee Gardner, a murderer on death row in the Utah State Prison. 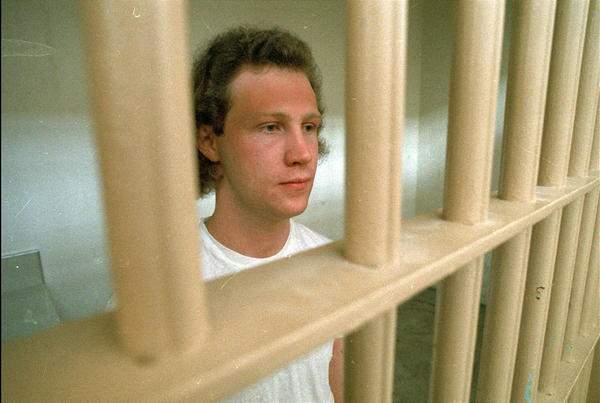 Gardner spent 30 of his 49 years of life in prison, and was one of Utah’s most infamous criminals – cold, violent, angry, and seemingly without a conscience or a shred of remorse.

During a robbery attempt in a bar when he was 24 years old, he forced a man to open the till, and ended up pushing the muzzle of his gun into the man’s face and pulling the trigger.  Later, during a court appearance, a friend slipped him a gun, and he shot and killed an attorney in the courtroom. 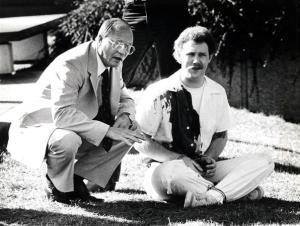 He nearly stabbed another inmate to death while in prison, and was so volatile the guards put him in a different area of the prison, separated from the other death row inmates.  Even the prisoners wanted nothing to do with him.

About 16 years before his June 18, 2010 execution, Gardner reached out to Dan Bradshaw, a Salt Lake City banker, assigned by the LDS Church to serve as a bishop at the prison.

Bradshaw, like most people in Utah, knew about Gardner and said he deserved the death penalty.  It surprised him when he got a message that Gardner wanted to visit with him. Why would a man on death row want to talk to a Mormon bishop?

They met in a tiny room separated by bulletproof glass.  Bradshaw described him as “not particularly friendly.”

Over time, they discussed their families and backgrounds and even Gardner’s newfound interest in his victims and their families. They visited twice a month and sometimes weekly.

They discovered they had similar backgrounds.  Both had difficult childhoods with alcoholic fathers who struggled to take care of their families.  Both came from large families and grew up in the same area of Salt Lake City.  Both had committed petty crimes as boys, and both had family roots in the LDS Church.  They were also both interested in ranching.

Even after Bradshaw’s assignment as prison bishop ended, he maintained a relationship with Gardner.

Bradshaw said, “We talked about how similar our lives were when we were younger.”

When Bradshaw was a boy, he got caught stealing, and he said he was moving in the same direction that Ronnie was heading when he was that age.

But there was one critical difference:

“Ronnie and I decided the difference was that I developed some good friends …who never gave up on me and had a real positive influence.  Even when I was out doing things I shouldn’t do, they would come by and get me to come to church with them the next morning.  And my grandparents were very good to me.”

Ronnie told Bradshaw, “I never had any of that…”

Ronnie’s father physically abused him, and he never felt wanted.

During their conversations, Ronnie expressed regret and remorse for the things he had done.  The bishop read him scriptures about the atonement, repentance and forgiveness.

“Man, that’s powerful stuff,” Ronnie said, and he asked the bishop to read it again.

Later he told Bradshaw he spent many hours trying to recall all his sins and repenting to God silently and vocally.

As his execution drew closer, Ronnie worried about the men selected as members of the firing squad, and said he hoped they would not suffer any emotional problems because of their assignments.

In their last visit together, Ronnie asked Bradshaw to reach his hands through the prison bars and lay them on his head to bless him.   Bradshaw blessed him with peace and comfort, and when he removed his hands, Ronnie grabbed them and said, “Thank you Dan.  Thank you for the patience and love you have shown me over all these years.”

This story keeps rolling through my head because the only difference between Ronnie and this Mormon bishop was that someone reached out to the bishop when he was a child.  Someone cared about him.

He had good friends.

I have a friend who worked in the prison with the death row inmates. He often played checkers or chess with them.  He said it was hard to detect the difference between them and him because they seemed so normal during those times of moving game pieces around.

The atrocious crimes Ronnie committed are not easily swept away, and the pain he caused so many people endures, but what might have happened to this man if one person had been kind to him?  Maybe he would have turned out the same.  Maybe it wouldn’t have changed him.  But what if it had?

If just one human being had reached out to him with respect, genuine acceptance, and compassion, would his life have turned out differently?

Could he have been the Mormon bishop helping prisoners on death row instead of the inmate waiting to face a firing squad?

Yesterday, I saw a woman unloading her cart at Target.  She had a large rattan storage chest she needed to get out of the cart and into her trunk.  I stopped and said, “Do you need help?”

She glared at me and snapped, “What did you say?”

I think she thought I said something rude.

“Can I help you?” I said again. “It looks like you might have a hard time getting that furniture into your car.”

Her face softened when she realized I was offering help.

I walked away wondering if I saw someone like a Ronnie Gardner in the parking lot trying to unload a cart, if I would have been as kind to him. Based on his hardened look, I probably wouldn’t have even considered it.

After making a very regrettable mistake, a friend once said to me, “People probably think I’m a waste of flesh.”

“A waste of flesh?  I don’t want you to ever say that again!  Of course people don’t think that of you.”

The truth is maybe there are people who looked at my friend during those desperate times and judged him that harshly, adding to his own feelings of worthlessness.

It reminds me to try to love the tender human being behind the rough exterior or the bad behavior, the one yearning for a little morsel of warmth and compassion in life.

Who knows the power of just being kind to someone?

2 thoughts on “Lessons from Death Row”